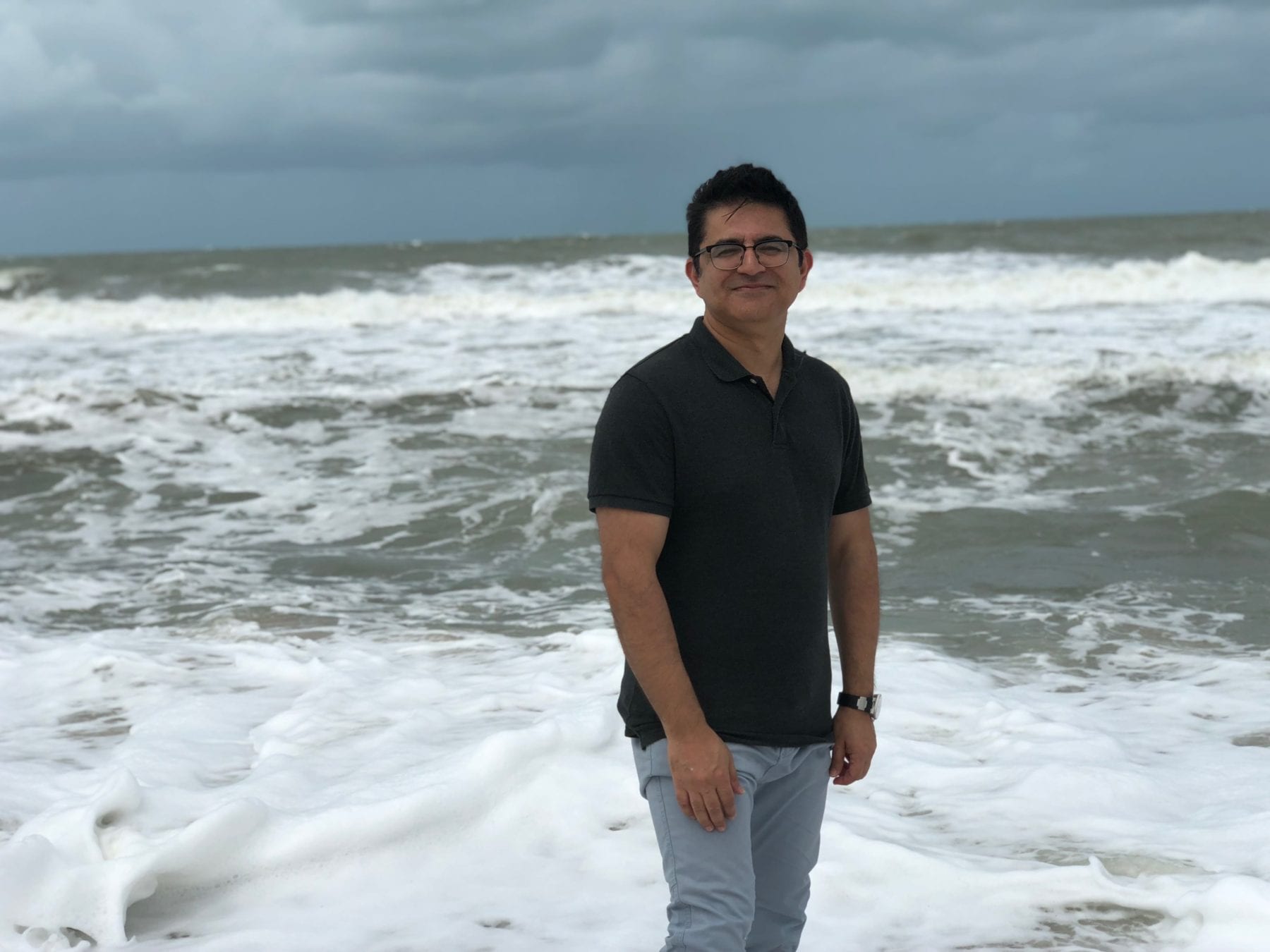 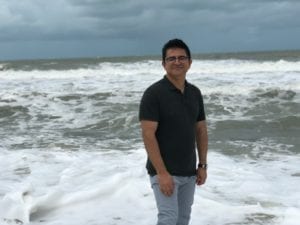 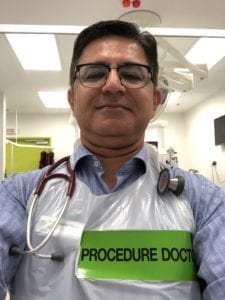 “It’s an exciting time for my family and me,” Dr. Sherazi said. He is looking forward to working with Dr. Sara Renwick-Lau, a very experienced remote area GP, who heads the Far East Gippsland town’s Medical Centre, and with its registrar Dr. Emily Butlin. Dr. Sherazi will work toward a GP Fellowship from May this year.

Dr. Sherazi graduated in 1998 and so already has 20 years’ experience. He is a skilled Doctor with qualifications from Pakistan, Canada and the UK. He worked for six years in Pakistan, four years in Canada and has been working in the emergency department of Mackay Hospital, Queensland, Australia, since March 2017. It is planned he will be available for consultations throughout the Mallacoota district and surrounds from May this year.

Dr. Sherazi’s arrival reflects the efforts of the Mallacoota Community Health Infrastructure and Resilience Fund (CHIRF) a community group that stepped outside the envelope to find and select their own doctors to present to RVTS for their consideration. CHIRF’s “Doctor Search Team” has been very visible at GP Medical Conferences and it was there that Dr. Mubashar made contact.

The Nationals Member for Gippsland Darren Chester said he was pleased Mallacoota Medical Clinic has been able to appoint a doctor through the Remote Vocational Training Scheme.

“I am sure Dr Sherazi as the third Dr will be warmly welcomed and I hope he finds his new position professionally fulfilling.”

In April 2016, the Mallacoota region struggled to save their sole G.P. and Medical Centre, attracting national headlines through ABC-TV’s Backroads feature.

With a population of 1063 residents, the coastal town of Mallacoota, Far East Gippsland, is as remote as it is picturesque. With 251 people aged over 70, many of its residents are elderly. The nearest hospital is at Orbost, Victoria or in Bega NSW both two hours’ drive away. This placed unsustainable pressure on its sole resident GP, Dr. Sara Renwick-Lau.

In April 2016, Dr. Renwick-Lau called a community meeting to report her one-GP practice would cease operations without drastic action. She challenged the community to generate sustainable alternatives and at the same time, revamped her struggling practice.

In response, CHIRF was formed to engage with the medical fraternity, launching its innovative Doctor Search Team. This first attracted Registrar Dr. Butlin for a year’s placement.  Then it attracted Dr Sherazi at a medical conference in Sydney in 2017, and with assistance from the Remote Vocational Training Scheme (RVTS) he was selected from a short-list of aspiring GPs.

Instead of waiting for fortune to find another GP, CHIRF’s Doctor Search initiative was locally organised and funded to attract suitable candidates to the attention of RVTS.

The CEO of RVTS, Dr. Pat Giddings said partnering with a community group dedicated to achieving its goals, was challenging but rewarding.

“RVTS sees this Doctor Search model which gives the Community more say and more responsibility in attracting GPs is a promising way ahead for many remote communities”.

To attract GPs, Dr. Sara with CHIRF support and encouragement opened her practice to Registrar training. This resulted with the appointment of Dr Emily Butlin in February 2018. Dr. Butlin is working with the practice for one year as part of her pathway to a specialist GP Fellowship.

CHIRF and its sister charity Mallacoota Inlet Aged Care (MIAC), are building a new medical centre with a grant from the Federal Government. They are also focusing on future residential aged care for the community and 24 hour aged care medical service for those at home.

CHIRF appreciates the ongoing support and financial contribution of the Gippsland Primary Health Network in securing long term medical services to the area. Ms Marianne Shearer, CEO Gippsland PHN, said “I look forward to being involved in planning with the community and the health and medical services, and in developing solutions which will increase community access to other health services”. CHIRF has also had support from RWAV (Rural Workforce Agency of Victoria) to augment the work that they have been doing.

For privacy and ethical reasons CHIRF has a practice of thanking its financial donors personally. We would be remiss in not recognizing that without their support and the support of the many others who helped put things together, these successes wouldn’t have happened.

The tireless work of the small crew who attended the conferences made the difference. Sue Brown, Tricia Hiley, June Kinsella, Susie Rogers Wilson, Robin Bryant and Dr Sara Renwick-Lau. It was East Gippsland Shire’s initial contribution that sent Doctor Search to Canberra in 2016, and support from SBM Stavros Accountants was absolutely pivotal. We would also like to recognize CHIRF’s ongoing work to secure the medical framework, including the much-needed upgrade of equipment. This assists doctors to treat patients in Mallacoota, rather than sending them long distances for small procedures.