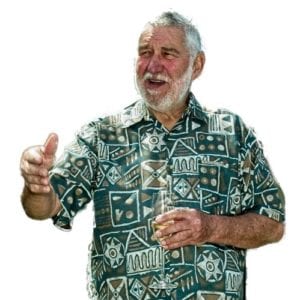 To all Mallacoota residents,

We have arrived at a very important and exciting stage in the life of MIAC and indeed of Mallacoota. As we all know many, many people over the last 40 or 50 years have worked tirelessly, some to raise money others to donate money to MIAC for the purpose of creating an Aged Care facility in Mallacoota. Too many people have had to leave Mallacoota and friends and loved ones, to seek the medical help and support they needed in their old age.

Approximately 8 years ago the committee of MIAC decided that we needed to do something to demonstrate a positive achievement for our long suffering supporters. We decided that we should seek to buy a suitable property, upon which we could erect a sign – “Proposed site for an Aged Care facility”.

After much investigation on the 16th August 2015 the MIAC committee decided that the Medical Centre site on Maurice Ave seemed to meet our needs. It was within easy walking distance to town, it was a large double block and it had lake views! After getting an architect to indicate that it was large enough for our purpose, seeking planning approval and doing all the necessary due diligence, on the 18th March 2016 the MIAC committee decided to purchase the property from the owner, who was the original doctor in town and who had long since moved up to Northern Queensland.

Our constitution states in clause 3.4 that “we may purchase, lease ….. acquire any lands or buildings which are capable……of being used in connection with any of the objects of the association” and clause 3.7 which adds that “ we have the power to construct improve, maintain….houses, buildings etc… which may seem to be directly or indirectly to advance the Associations interests”.

We purchased the land on the 22nd April 2016 and erected a sign on the property to indicate this was the site of a proposed new medical center and aged care facility. It was always the plan to build a new medical center because the existing old one was very badly positioned on the property. The new medical building is now tucked right in the corner of Clarke St, leaving a much larger piece of land, that once cleared of the other old buildings will leave a good clear space for building an aged care facility.

We did not have the money to build anything – but we had our site and a visible presence in town. We had staked our claim! We knew we needed a grant of some sort….. and then came CHIRF.

At the memorable community meeting at the Golf Club in April 2016 Doctor Sara Renwick-Lau announced that the medical practice was in financial trouble, volunteers raised their hands to help the Doctors and CHIRF was born and MIAC announced that they had bought the Medical Practice property and would offer the Doctors a reduced rental.  And it was all filmed by ABC Back Roads!

Towards the end of 2016 CHIRF informed us that a Rural General Practice  Grants program  was about to be announced for a grant of $300,000 and suggested that we should apply for it to build the new Medical Centre.

MIAC, the Medical Practice and CHIRF then developed a Consortium Agreement which detailed the basis of the ongoing relationship. MIAC would make available the land and $200,000 plus a Bendigo bank loan of $100,000, the Doctors would guarantee to provide ongoing medical services and CHIRF would provide the expertise to obtain the $300,000 grant and ongoing management of the project from design to completion. This agreement was lodged with the Commonwealth Department of Health. (Because of the extra costs associated with the Bal 40 fire rating and other small changes, MIAC increased the loan from Bendigo Bank by $70,000 to $170,000 ). We also received some very generous donations for the completion of the building.

At all times MIAC (and therefore the community) would retain ownership of the land and buildings, both old and new. The grant from the Federal Government was approved on the 15th June 2017.

The architects “Group HIS” were engaged because they specialize in exactly this type of design and construction – rural medical facilities, (general medical, radiography etc) and had built approximately 50 such buildings around Australia. They have created a superb, purpose built medical centre building for Mallacoota, using a main contractor from Albury and almost all the actual work was carried by local tradespeople.

MIAC has achieved it aim of establishing the basis of an aged care facility. We have helped keep and hopefully attract more doctors to Mallacoota, by providing modern up to date Medical facilities – without doctors, there can be no aged care! We have the medical practice as paying tenants, and we will be able to rent the house and possibly some of the remaining buildings. We have a strong cash flow and have sufficient funds to meet our payments.

No MIAC money has been spent on the medical practice itself.

Without CHIRF there would be no new building and probably no doctors. They have worked tirelessly on two main fronts –

So as of the 1st of July, the doctors have been working out of the new community owned building and MIAC and CHIRF will be applying their separate but complementary skills to the planning of the next stage of process – sourcing funding by way of a grant for the building of and Aged Care nursing facility, to complement the services already provided by MDHSS.