You are here: Home / Acknowledgements

Due to privacy considerations, it is a policy of CHIRF not to identify individuals who contribute as we thank people individually where possible. We are a small community and all donations are received gratefully. However, with their permission, we acknowledge the following individuals and organisations:

In 2017-2018 the fund raising group raised $13,000 supporting us via a charity auction, to purchase an ultrasound machine 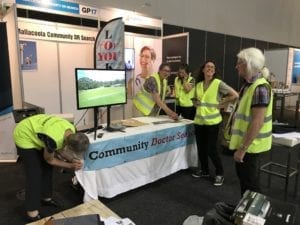